How The Weather Is Responsible and Can effect Pain Levels

As a Chiropractor we freqently have a surge of patients coming to the clinic when the weather happens to be cold, humid, rainy, damp, a drop in barometric pressure and chilly, and patients report that they are feeling under the weather. Being that i have had a practice for 4years 2006-2010 in Athens, Greece and now in Marrickville (2011 till present), Sydney Australia, the phenomena occurs in both hemispheres of the world.

The scientific reasoning for the increased pain during colder temperatures is as follows. The joints are covered by a membrane which swell when the barometric pressure drops, this causes the nerves around the joints to be irritated creating pain. This is turn causes a increase in pressure in the fluids in the joints causing more resistance to movement in the already painful joints.

Therefore a change in barometic pressure pressure which is the pressure that the air exerts on the environment is synonymous with a dis-equilibrium in the body by changing the homeostatis or functioning of the normal joint functioning.

Solution? More movement, keep your weight in the healthy weight range, eat for alkaline rich foods ie greens which detox the joints, swimming, and a visit to the chiropractor. The Chiropractor is able to move joints passively in a way that the patient cannot do. Ths breaks the pain cycle by lubricating the joints and stretching tight muscles and ligaments which may be restricting movement or pressing on nerves.

For more information call Sydney Allied Health Clinic on 0485 815 173 to see how we can help you
https://www.sydneyalliedhealthclinic.com.au or www.sydneychiropracticclinic.com.au

Weight Training: Are Cheat Reps Worth It?

While resting between exercises at the gym recently, a young lifter asked me for a spot on a set of barbell bench presses.
The bar was loaded with a moderately heavy amount of weight that at first glance appeared to be too heavy for his frame. He began his set and immediately began bouncing the bar off his chest. As he progressed in reps and began struggling with the weight, he arched his back, thrusting his pelvis up and pushing his head into the bench. I just had to shake my head as he got up looking immensely satisfied with his set.

I get this question from my athletes often: When it comes to weightlifting, are "cheat" repetitions worth it? You're probably not surprised to know my short answer is "no." The long answer, however, is that not all cheating is created equal. Some of the world's best physiques, such as bodybuilder Ronnie Coleman's, were built utilizing momentum to help lift progressively heavier weights. On the other hand, bodybuilder Dorian Yates is religious about using perfect form on just about every exercise he does. Who's right?

First let's differentiate between the two types of cheating when it comes to lifting weights. The more allowable of the two is the extended-set cheat, in which reps are performed with as perfect form as possible before using momentum or additional muscle groups to push past the point of failure for one or two reps.
If you've been training hard consistently for years and your progress has stalled, this is the type of cheating that can help push past a plateau. For everyone else, however, it's not necessary. Beginning and even moderately experienced weightlifters will build muscle without going to failure. They should be focused on perfecting form, not looking for ways to undermine it.
The other variety is the heavy cheat, in which a "looser" form is used through the entire set to lift heavier weight than normally possible. This is the type of cheating that should be discouraged for all lifters, no matter what their experience level or which exercises they're doing. The benefit gained is minimal compared to potential risk of injury.
The second consideration is injury history, as most cheating involves risky movements for joints, muscles and ligaments. For example, if you have a history of back / pelvis injuries, it's not wise to be bouncing the bar off the pins while deadlifting. Even a slight slip in form can result in a serious injury if you're working with compromised joint and ligament function. The 6-8 months of lost time and lost progress spent recovering from an injury isn't worth the minimal extra muscle fiber activation.
The final consideration is the type of lift being performed, as certain exercises lend themselves to cheating reps better than others.

It's a shame that cheating is so overused, as there are better techniques for getting the maximum benefit out of a set. Drop sets, for example, are a great option for lifters looking for significant gains in mass. Drop sets are done by performing a lift to failure or just short of failure, then dropping the weight or resistance by about 15 percent and continuing repetitions. Once failure is reached again, an additional 15 percent of resistance is dropped, and so on. The idea behind forced sets, in which a spotter assists progressively more as your muscles fatigue, is similar.
If you're going to utilize extended-set cheaters, don't go overboard. Use strict form on the majority of sets and avoid cheating on any more than one or two sets per muscle group. Most weightlifters can make significant, consistent gains by using textbook form 100 percent of the time. As discussed above, there are some situations in which some extra "oomph" is needed to push through a plateau but these are the exception, not the rule.

Cheat reps can be used with caution to add intensity on occasion if done at the end of sets and during the right exercises. Personal-injury history should also be considered. But as a general rule, listen to what your mother always said: cheaters never prosper.

For more information call Sydney Allied Health Clinic on (02) 9559 8877 or visit our site
www.sydneyalliedhealthclinic.com.au or www.sydneychiropracticclinic.com.au 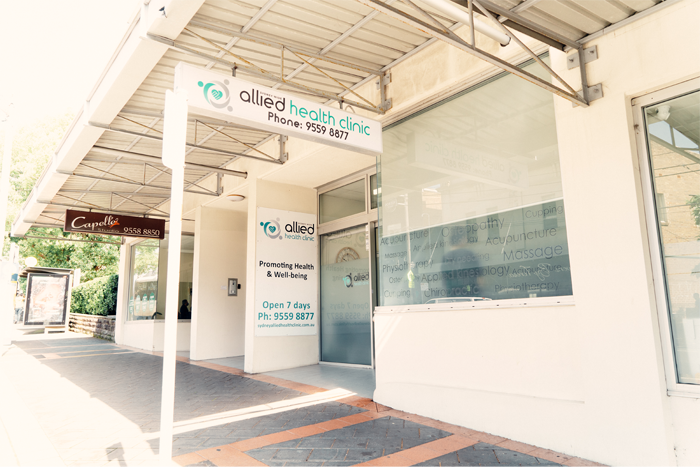